I ran a couple tests today. Some were useful, others were dumb.

I drove the Supra back from Indianapolis to Purdue. It averaged about 21.5 mpg for the trip back. Assuming that the distance of travel that I took TO the airport initially was about the same, I would've averaged about 19mpg going there. In other words, fuel consumption is not a strong suit of Shan.

I floored it on the way back for one section of the way back and took Shan to speeds over 100. Well, the radar detector in my car read 100mph flat, but the car's speedo was closer to 110mph. Either way, Shan is very capable and I'm never touching those speeds again (at least I don't think).

The handbrake is alright for hills. I really have to pull it up all the way for it to hold on a quite big incline though. Slightly unnerving, but as long as I don't roll back, I'm happy.

I don't have any related pictures so here are a couple randoms. 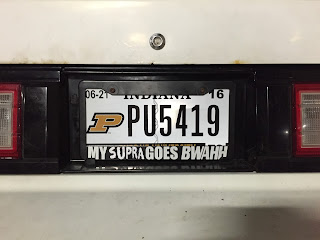 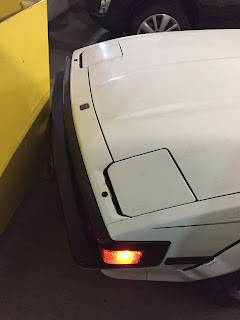 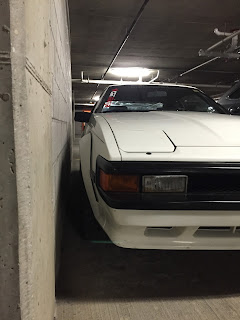